How to fix a sprained ankle

How to fix a sprained ankle

Everyone knows someone who has sprained or rolled their ankle.

And it’s one of those pesky injuries that has a habit of coming back again and again.

Around 34% of people who have sprained their ankle once, will sprain it at least once more – and that’s concerning.

For me, I’ve been involved in netball both professionally and personally for years, and ankle sprains are one of the most common injuries I see. But the thing is – no one seems to take them too seriously. Often, players will continue playing despite the injury and pain because “everyone rolls their ankle” or “it’s just an ankle”.

But, hearing this as an ankle physio is like hearing nails on a chalkboard.

Not only does playing on with an injury put you at a greater risk of suffering another injury, you’re almost certainly going to worsen the injury.

And all of this goes for ankle sprains outside of netball, like for those acquired whilst playing footy, on a night out in heels, or even while jogging on an uneven path. Not investing in rehabilitating your injury in the short-term, puts your ankle’s stability for the long-term in jeopardy. 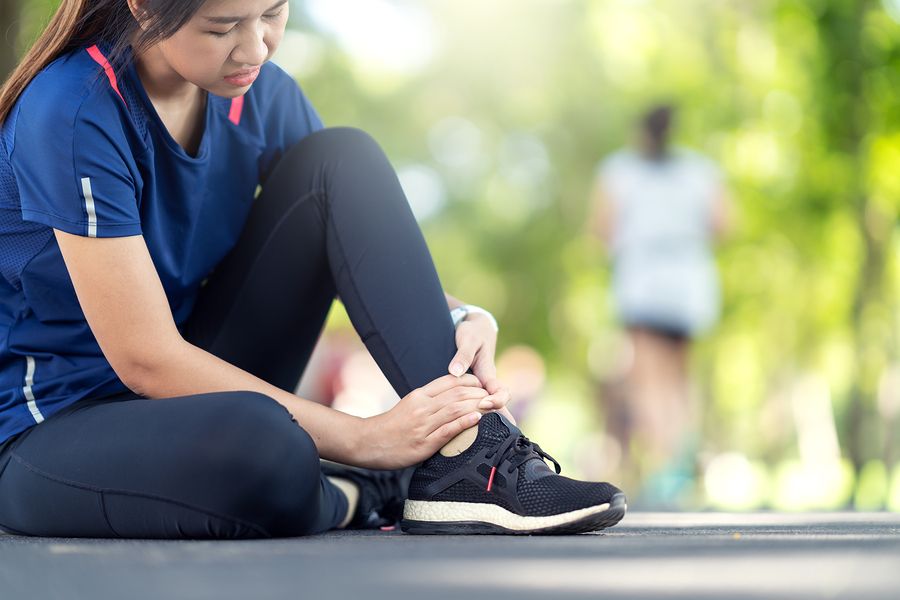 What is an Ankle Sprain?

Our ankle joint is where the tibia and fibula of our leg, articulates with the bones of the foot.

At each side of the ankle, we have a major ligament group which support side to side movement of the foot.

On the inside, we have the three medial ligaments which are thick and strong and stop our foot turning out to the side.

On the outside, we have the three lateral ligaments which are a lot thinner than the medial ligaments. They are designed to prevent the inward movement of the foot, however due to their thin nature, they are easily torn when put under stretch – such as when our ankle rolls in.

A lateral ankle sprain is when at least one of the three lateral ligaments has been injured. We then grade these injuries from grade 1-3 based on the severity – is the ligament stretched, slightly torn, or completely ruptured.

Medial ankle sprains do also occur. However, they are a lot less common and are often associated with a more serious mechanism of injury. 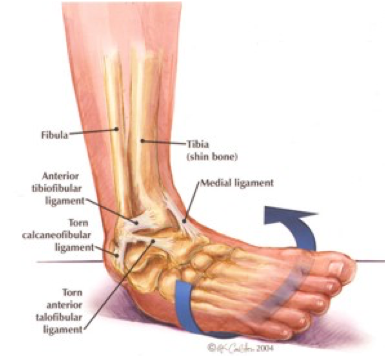 What Should You Do with An Ankle Sprain?

Start with basic RICE – Rest, Ice, Compression, Elevation. Then book yourself in to see a physio asap!

Research shows us that ligaments take 6 weeks to heal. That means, that throughout this 6-week period your activity should be modified and monitored, and a physio is the best person to do this with.

What Will You Do with A Physio?

There are several different treatment techniques that your physio may use. These depend on the severity of the injury, your current level of pain and function, but also what activities you want to get back to doing.

So, what are these treatments?

Using compression and elevation help to prevent excessive swelling and bruising in the affected area. It is normal to get some swelling initially and then later on, mostly at the end of the day. Continuing to use a compression tube or stocking while there is localised swelling is the best way to minimise this. 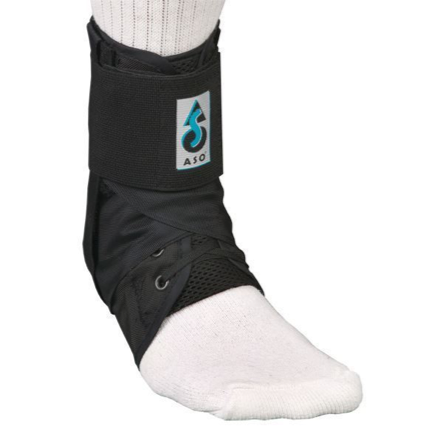 Both taping and bracing serve the same purpose – to limit movement at the ankle.

Early on, taping is used to both limit the pain of walking and to promote healing (by preventing over-stretching) of the ligaments. In more serious injuries, like a grade 3 lateral ligament sprain, a brace will be fitted for around 6 weeks to maximise the healing potential of the ligaments.

In the long-term, continuing to tape or brace the ankle may be recommended. It has been shown to reduce the chance of another ankle sprain by 15%. This is recommended particularly for athletes who are involved in contact sports or activity on uneven surfaces.

Strengthening the muscles that support the ankle is a key component of any rehabilitation program. Your physio will guide you through a number of different exercises that will move from simple, low-level exercises to heavier, advanced exercises.

Don’t be surprised if your physio gets you to work on muscles that aren’t necessarily around the ankle! Strengthening the muscles around the hip and knee can also help to prevent re-injury, as it can put your body at a biomechanical advantage.

Exercises which challenge balance and control of the foot and ankle are often underrated.

Research shows us that following ligament injuries, the ability of that joint to respond to unexpected movements decreases.

Therefore, we need to retrain this ability by implementing balance activities. As expected, these will progress from simple static balance into more dynamic and moving balance exercises.

In order to return to your goal activities, your physio will begin to give you exercises that will specifically work towards this.

For example, if you want to get back to running, you may be given hopping as an exercise.

Alternatively, if you want to return to netball, learning to dodge and change directions is critical, so this movement will be broken down as you slowly build strength and capacity to perform these tasks.

Ultrasound is a technique which uses sound-waves to promote healing in tissues.

If used by your physio, it will likely be in the early stages of recovery.

In combination with other treatments, massage and muscle release techniques can be used to optimise muscle activation during exercises.

This comprises of a variety of hands on techniques performed by your physio, which can be used in the early stages to relieve pain and to restore movements.

Once the ligaments have fully healed, there can still be some restricted movement, especially if you were in a brace for 6 weeks. At this point, manual mobilisation techniques can also be performed by assist movement at the joint and to loosen tight tissues.

A few tips from me to remain injury free: