On your bike! How our physiotherapists in Highett help cyclists

Home/Knee/On your bike! How our physiotherapists in Highett help cyclists
Previous Next

On your bike! How our physiotherapists in Highett help cyclists

With Aussies becoming more aware of their health, it’s no surprise that we’ve also seen an accompanying spike in the number of cyclists on our roads.

You’ve probably noticed them on your commute, clad in lycra and pedalling away.

If you’re reading this, there’s even a good chance that you’re one of them!

And if you are, you’re probably wondering about the potential negative physical side-effects associated with your new method of commuting, and what you can do to avoid them.

That’s exactly what our physiotherapists in Highett are here to explain.

Whether you’re a regular commuter, the next Cadel Evans or simply trying to squeeze a bit more cardio into your daily fitness routine, you’ll want to read on! 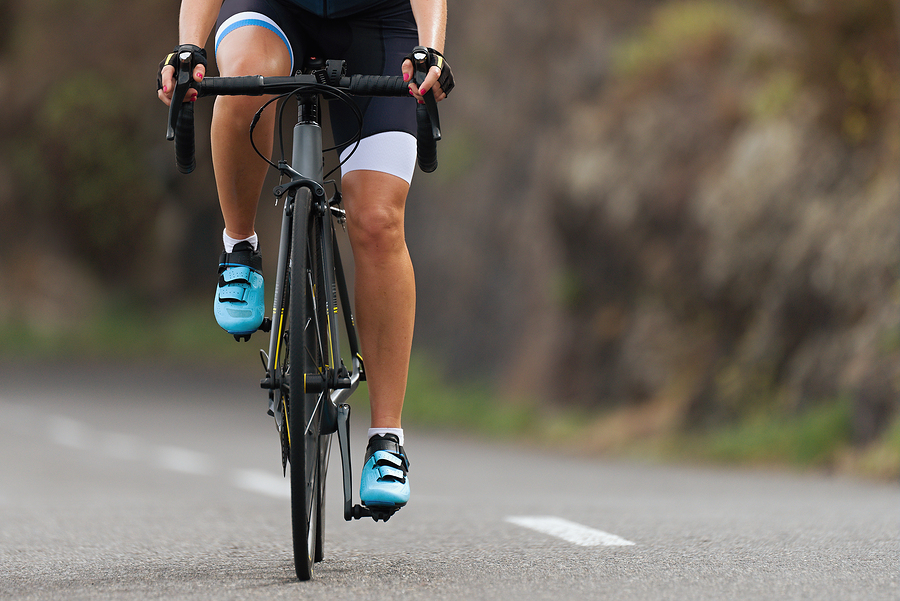 Cycling is a great, low-impact way of staying fit – however, low-impact isn’t the same as no-impact.

As with any physical activity, there’s always a risk of injury, especially if you’re a novice cyclist.

In the vast majority of cases, these come from “overdoing it”.

Specifically, many of the cyclists our physiotherapists in Highett treat are amateurs who push themselves beyond what their bodies are used to.

In other cases, it’s experienced cyclists who decide to do “one more lap” and push their bodies to the point of injury.

Either way, the result is the same!

As an activity that makes heavy usage of your legs (including your knee joint), it’s little wonder that knee pain is one of the most common musculoskeletal issues that cyclists present with.

If your knees start flaring up when you get on your bike, you aren’t alone – according to some research, anywhere between 23% and 33% of cyclists experience some sort of knee pain.

Some specific types of knee pain common to cyclists include:

Overuse injuries are also a common sight among cyclists, as are injuries arising from inadequate rest periods.

Yep, you heard us right!

Many modern bikes use aggressively high seats that require cyclists to lean forward instead of sitting upwards.

While this has the effect of minimising drag and air resistance, it also puts additional strain on your shoulders and neck.

Simply put, maintaining this type of posture for long periods isn’t good for your neck.

Specifically, it causes tightening and tension in the muscles, which then leads to discomfort or dysfunction into the shoulders and middle of the back.

Luckily, physiotherapy for head, neck and shoulder pains can help.

Learn more about the negative consequences of “tech neck” as it’s sometimes known.

It isn’t uncommon for cyclists to suffer from hand or wrist pain, especially if you cycle with a death-grip on your handlebars.

In particular, many of the cyclists our Highett physios treat present with conditions including:

One cause of wrist pain is poor technique.

To avoid hand and wrist pain, cyclists should keep their elbows bent – this helps absorb force when you hit bumps in the road, reducing the impact on your arms.

Impatient drivers aren’t the only problems a cyclist may encounter while out on the road – injuries and pain are also relatively common.

Luckily, our physiotherapists in Highett can help!

Using our unique AUS system, we get to the heart of the problem, accurately diagnosing the exact type of pain that you’re experiencing and treating it using a tailored treatment regime that incorporates:

In particular, our physiotherapists in Highett will also go beyond responding to pain, and proactively look for ways to prevent pain from returning.

Many people think of physios as primarily helping with musculoskeletal injuries and pain.

That’s true… however, that isn’t all that we do!

Our Highett physiotherapists also work closely with athletes both professional and amateur athletes to help lift their game.

And that includes cyclists.

In particular, we can help you optimise your cycling technique and help strengthen your muscles.

We’ll help you move well and ride better, and help minimise the risk of cycling-related injuries.

Our physiotherapists in Highett can help you avoid cycling injuries

If you’re concerned that you aren’t going to be able to continue cycling without injury, we recommend getting in touch with our physiotherapists in Highett!

We help all sorts of clients, ranging from pro athletes whose entire livelihoods rely on their physical capabilities, to NDIS patients, to everyday office workers.

Over the years, we’ve helped countless cyclists get back on their bikes and avoid injury – and you can be one of them.

In addition to responding to pain, we’ll help you prevent it altogether. Our physiotherapists in Highett help you proactively identify potential problems in advance, and help create plans to prevent them from forcing you off your bike.

If you’re worried about injury, we recommend getting on your bike and pedalling down to your Highett physio clinic for your initial breakthrough consultation.