We saw Caroline Wozniacki earn her first ever grand slam title after a thrilling win against the now-world #2 Simona Halep.

And in the men’s final, Roger Federer continued to enchant audiences in a tight match against Marin Cilic. The two battled for five sets and The Fed came out on top, cinching his 20th Grand Slam title.

With the tennis still relatively fresh on everybody’s minds, we thought this would be the perfect time to talk about a surprisingly common physio problem: tennis elbow.

Tennis elbow: everything you need to know

Tennis elbow (or lateral epicondylosis) is commonly experienced by – who else? – tennis players (hence its “creative” name!), but did you know it’s actually most common in tradespeople, particularly brick layers and concreters? 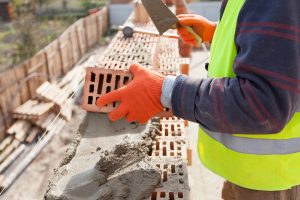 Despite its nickname, it can also be caused a number of other racquet sports, including:

It can even be caused by other activities like gardening, painting, knitting, and other types of manual labour.

In short, any activity that requires repeated elbow movement and gripping can potentially result in tennis elbow. That even includes activities like playing violin or even fine hand movements like typing if done for long enough!

It can strike people of all ages, but it most common in adults aged between 30 and 50.

Tennis elbow is more often than not an overuse injury.

It is caused by repeated usage of the muscles in and around the elbow.

More specifically, tennis elbow is caused by damage to the muscle tissue that anchors your arm bone at the elbow. The muscles that extend your wrist and that are involved with gripping attached onto your upper arm at the elbow – specifically, the bony knob that sticks out when you fold your arms. Tendons are what anchor these muscles onto their bony attachments.

Repeated contractions of your arm can cause micro tears in these tendons that keep your forearm muscles in place.

If you’re suffering from tennis elbow, might experience aches and tenderness in your arm every time you bend your elbow or perform gripping actions such as opening doors and picking up objects.

Pain can even flare up when wiggling your fingers – you’d be surprised how many small movements hinge on your elbows!

Generally, the pain from tennis elbow is localised to where your arm meets your elbow. It may also spread further down your forearm towards your fingers.

In most cases, the pain keeps to the outside of your arm rather than the inside.

How to relieve tennis elbow

If you’re reading this blog post, chances are you or someone you know is suffering from tennis elbow.

Visit your local physiotherapist for a proper diagnosis and the right solution to get you out of pain.

It’s important to note that there are a lot of people being diagnosed with tennis elbow that actually have a similar but different condition.

Our success with treating elbow and forearm pain is due to our ability to diagnose the difference between the two and then provide the right treatment accordingly.

There’s a lot of energetic debate about whether keeping it cool is an effective treatment for tennis elbow.

The reason ice is commonly given as a home remedy is because many cases of tennis elbow are followed with swelling. However, treating inflammation has nothing to do with treating your tennis elbow. In fact, inflammation is your body’s automatic response to damage, not the outcome.

Icing has become an outdated technique that does nothing to induce a healing response in tissue, and is not part of Physio AUS’ treatment system. In fact, icing has recently been shown to slightly delay tissue healing times!

Instead, dry needling is an effective technique, particularly for elbow and forearm pain, which respond to it the best.

If you’re an athlete, chances are you got tennis elbow from engaging in your favourite sport.

In these cases, it can be beneficial to investigate whether there’s anything you can change with your technique to prevent tennis elbow from coming back.

Not only does this reduce the likelihood of tennis elbow recurring, but it can also insulate you from other sports-related musculoskeletal issues in the future.

How your physiotherapist can help with tennis elbow treatment

In most cases, tennis elbow will not improve naturally over time.

Your physio can stop tennis elbow from rearing its ugly head again once it recovers. At Physio AUS, we are big believers in strength training and conditioning – we can prescribe exercises routines that condition your muscles and build resistance in your arm.

Our 4-stage treatment protocol is critical in healing tennis elbow, along with dry needling and manual therapy.

If tennis elbow is a recurring problem for you that’s stopping you from living your life to the fullest, get in touch with the Physio AUS team.

If you’re looking for an experienced Highett physiotherapist, book an appointment with Ben Demase and the Physio AUS team.

Located further afield? No problem – you can book an online consultation to get the full physio assessment and prescription plan from your living room, kitchen, and even your office!