How our Highett physio freed Bobbie from lifelong injury

How our Highett physio freed Bobbie from lifelong injury

All too often, our Highett physiotherapists hear from patients think they’ve gotten an injury for life.

Whether it’s on-again, off-again back pain for the last 10 years, or constant nagging pain in their shoulder that they have been living with for the last 6 months, too many resigned themselves to a life with chronic pain.

Bobbie is one of them… or rather, he WAS one, until he started seeing our Highett physio team! 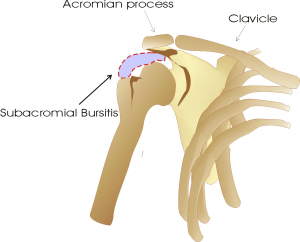 Bobbie, a 57-year old Male, was referred to us from a Doctor with a history of left shoulder pain following a workplace injury. Before he saw us, he had suffered a fall which led to the doctors also identifying that he had a brain aneurysm which required surgery.

After recovering from his surgery, he experienced ongoing pain that restricted his movement and limited the use of his arm to basic things like putting his shirt on and off, cleaning and washing his hair.

After some specific clinical tests and further investigations via ultrasound, Bobbie was diagnosed with subacromial bursitis.

We’ve written about shoulder bursitis before (as well as hip bursitis, for that matter), but just in case, the bursae are fluid-filled sacs in your joints that serve to reduce friction, as well as help absorb impacts.

Naturally, any problem with the bursae (bursitis) can lead to a variety of different pains and aches!

In Bobbie’s case, he was experiencing an irritation of the bursae in his shoulder.

What happened before he saw our Highett physiotherapy team?

Before beginning physiotherapy for his shoulder pain, Bobbie rested the shoulder. However, it didn’t get any better – the pain was still waking him at night and he was unable to find a comfortable position to sleep in.

The doctor then sent him for a corticosteroid injection, which also failed to improve his symptoms. While he was able to enjoy 3 days of relief, the local anesthetic wore off, leaving him right where he started.

Finally, he was referred to see our physio Ally, who tested his strength, range of movement and identified some key things that were aggravating Bobbie’s pain.

We immediately began physiotherapy for shoulder pain and pretty soon, we were starting to see results! 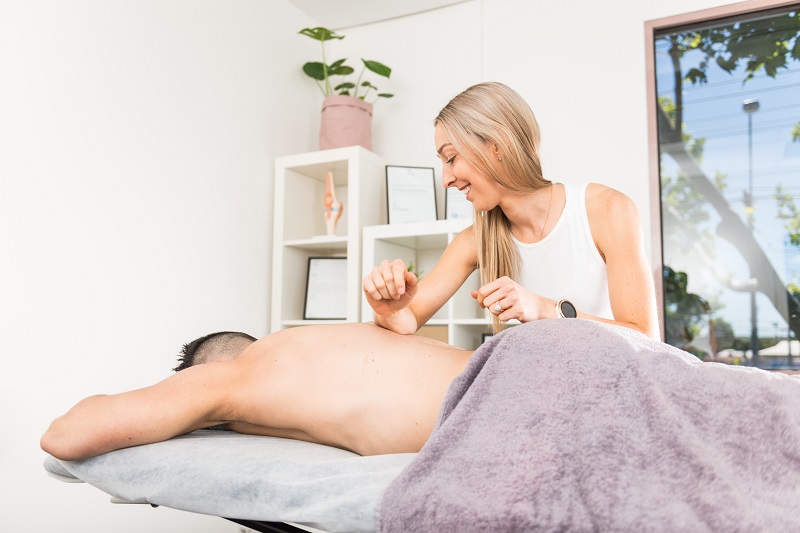 An exercise program was developed that Bobbie completed daily along with weekly dry needling, joint mobilisations and soft tissue release from Ally.

This program was developed using our unique AUS program to correct the issue and build strength. While there was some minor discomfort at the start, the bursae and the inflammation began to settle down with these specific corrective exercises.

He was at first reluctant to complete his exercises – thankfully, he persisted and at around the 3rd week mark was seeing some great improvements in his pain and function!

Bobbie truly did think that he would have to live with some sort of pain in his shoulder for the rest of his life. He thought he would never be able to get back to riding his bike, going to the gym, and doing muay tai.

Now however, Bobbie was now able to start riding his bike to and from physiotherapy – a huge step up!

Physiotherapy doesn’t stop once the pain begins to die down – it’s a long-lasting process that requires ongoing work to sustain results and prevent a relapse.

Our next aim was to build in a more sustainable gym program that he could use as a stepping stone. After 4 short weeks seeing Ally, he was back at the gym doing 2 lower body sessions and 1 (modified) upper body session.

Our Highett physio team were even able to get him back to light duties at work!

While his shoulder wasn’t limiting his ability to work, the accompanying brain surgery (remember that?) had put him on the sidelines for the last couple of months.

It was great to see his energy and mood pick up as he started to get back into a normal routine (and of course earn some money!)

Back in the swing of things

During our sessions, Ally and Bobbie got talking, as you do when you spend several hours working together over the weeks!

One day, the subject of the things he used to enjoy doing popped up – in particular, his love of muay tai.

At this point, he already was ticking all his physio set goals like “x” amount of movement, “z” amount of strength, and was once again able to do the things that mattered to him like being able to clean out his shed and lift up his 2 grandchildren.

We were doing so well… why not see if he was good enough to do some boxing?

It started with some little goals, like throwing a few controlled punches. Then, it progressed to a 1:1 training session with his old coach to build up some confidence.

Within 2 weeks Bobbie was completing muay tai classes and experiencing no pain in his shoulder!

In fact, Bobbie’s shoulder was 90% similar to his other shoulder and had no limitations day-to-day. So, Ally designed and increased his gym program, and taught him some great techniques to continually self-manage, build strength and increase range of movement.

A shining example of the power of physiotherapy

The results are for life – the pain isn’t!

Bobbie is a walking testimony to physiotherapy adherence, and just one great example of the change you could potentially experience with our Highett physiotherapists.

And you could too!

Be like Bobbie – if you’re suffering from musculoskeletal pain, call our physios in Highett.